Providing our kids with bright future.

A family to live in a secured environment. 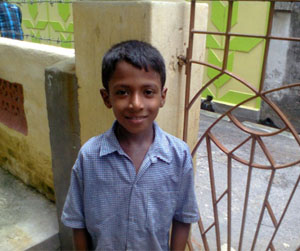 Was born in 2004 in Hooghly .Kanai Yadav and Rena Yadav. Due to severe poverty , Kanai Yadav committed suicide . His mother was driven out of the family. Desperate and homeless Rena contacted us and we took in Prince who is a handsome aspiring child

Is 7 Years and was born in Kolkata.Sadu and Mita. Sadu works as a labour and mother as a maid. Seba was left alone from morning till night and roamed the streets getting into criminal activities. Seba was located by our co-ordinator and was bought to the Bachpan Home . Seba is now slowly getting into a normal routine.

Was born in Bungaon village in 2005. He lost his parents when he was 2 years old. Soumir is being looked after by his ailing grandmother. Frightened that she may die any day she bought Soumir to Bachpan Home. Soumir is a very quiet child. But with love slowly he is opening up. 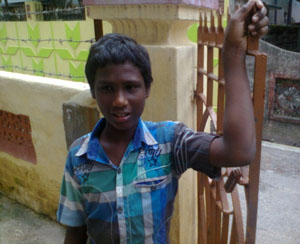 Was born on17th of December 2003.Rana and Bijaya are his parents. Rana , a drunkard tortured his mother and Subham . Unable to bear it any more Bijaya ran away with his son and luckily came to us. Now both are settled into the Bachpan Home.

Was born in a village in Mednipur. His father Raju Pandar and mother Pushpanjali were separated in a road accident where Raju died. Pushpanjali was unable to keep body and soul together. She bought sourav to us at Bachpan Home.

Was born in Bashirhat in 2004 S/O of Gopi and Deepali Das. Deepali Das abandoned her family and ran away with another male. Gopi was incapable of bringing up his son. He contacted us and now Koushik is safely with us.

A sweet child was born in SandesKhali, in south 24paragana, His parents Subham and Subha Dutta are extremely poor. Subha Dutta deserted by her husband with no source of income. She found out about Bachpan Boys and brought her son to us for a secure life. 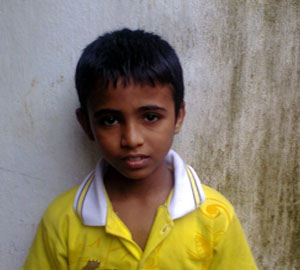 Son of Bholanath Mondal and Fulane Mondal resident of Bagdobey, Bananghata Bhangur , South 24 Parganas lost his father when he was very young . His mother worked in the field from morning till dusk. Deep never saw the face of a school nor knew the taste of any delicacy. He had jaundice and his mother had no money for his treatment. That’s when one of our field workers found out and brought deeb to BachpaN Home. Deep today is one of the best in the Bachpan Home.

Opened his eyes and swathe inhuman torture of his father Jahir Hussain subjected his mother . Tajmira Bibi to The Villagers of Aahipurin Rajendrapur again and wanted Tajmira to live with his second wife Tajmira left with Nazmul. She worked as a labourer on a construction site but soon was harassed by the males. She had to run from there and finally came to us via a social co-worker . Nazmul is now happily seyyled and Tajmira is at peace serving in the Home.

Son of Bapi Das And Shyamali Das was born at Shitala Mandir ,Barasat in 24 Pgs(N) . He is 12 years old and in Class IV in Umashashi High School. When Bappa came to us via the reference of a nun in Barasat. He so badly malnourished that he and his mother and sister were hardly able to talk , so wretched were their state due to starvation for days . His further was missing , mother sick no one to help bappa had to be hospitalized for a month . Today Bappa is a team leader very optimistic for a bright career in computers. 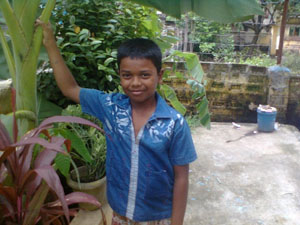 Aged 9 is of Kishore Pally , Belgharia. He is the son of Jhoton Dey and Sompa Dey. His father Jhoton Dey being very ill cannot run his family. His mother works as a maid. She could not make her son’s study due to poverty. For this Sampa Dey decided to put her son in Bachpan Home for food and good future.

Aged 7 of Kamarhati lost his mother when he was born. His father Raghunath Rao a rickshaw puller and drunkard is good for nothing. Nikhil is dependent on whatever hand out’s is given by neighbors some lucky days he gets 2 meals whenever most day it’s a frugal meal of bread and tea. The child needed a home desperately and at Bachpan we hope to gift him with love and care which never got.

Are two brothers aged 6 and 7 years. They are the sons of Ananta Ray and Purnima Ray. They two lived at Madhyamgram, Barasat, North 24 Pgs.Ananta Ray had left his mother and he is heard to have become a criminal . Purnima Ray left her sons. And they two have been brought up by their old grand mother to Bachpan Home and are very happy now.

Comes from a poor family. He is the son of Arun Halder and Pomila Halder.Arun left his wife and son. Promila brought up her child alone. Promila works as a maid. 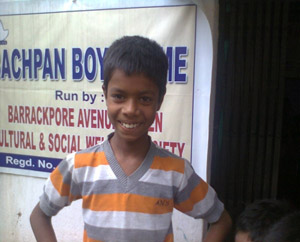 S/O Dharmendra Shaw and Sita Debi of Kamarhati, North 24 Pgs . He was born in 17th March2003. His father died and his mother became mentally dis balanced due to her husband death. He has been brought up by his father’s elder brother who used to torture him. The local people brought him to Bachpan Home. Sunil is a very intelligent child and wants to be a doctor.

S/O Birendra Sipay and Joyanti Sipay of Bantala North 24. Pgs. He was born on 20th July2006. His father left his wife and son . His mother brought up her baby alone. His mother works as a tailor. She could not maintain his study due to poverty. For this reason she decided to put her in Bachpan Home for a proper life.

S/O Monoranjan Das and Anu Das of Barasat, North 24 Pgs and is born on 16th October 2004. His father abandoned his mother Anu Das works as a washer woman but she could not provide for her son’s study. For this she decided to put her baby in Bachpan Home for food and lodging as well as his study.

S/O Tapan Shee and Jomuna Shee of Hooghly. He is born on 7th January 2005. His father married again. His mother brought him up her baby alone. His mother who is deaf works as a laborer but she failed to educate him. She decide to put her son into Bachpan Home. Shubho is a sweet child. 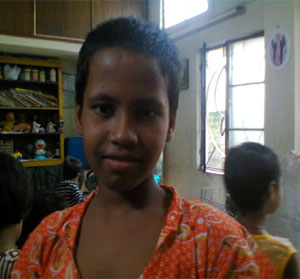 Aged 10 years is the 2nd son of a labourer . He has an insane elder brother . Preetam had to work in a tea stall from 6am – 9pm. He was very interested to go to school and run away from his csorrows . We took him into the Bachpan Home. He is now going to school, learning karate and is very happy.

Aged8 years is a boy from Kathi , Digha. His mother was a sex worker . She died leaving a young Sourav alone . Her co-workers took up the charge but with age she could not look after him and than approached us . Sourav is new with the Bachpan Home

Is a 8yr old bright girl her mother Shifali was sold by her fiancée in the flesh market when Shifali was pregnant with Riya. Wanting desperately to save her daughter she co-operated with us and we were successful in bringing Riya out of the Talpukur Red Light Area in July’2012. Riya took weeks to finally believe that she is safe. She is now in Cl- II in the Govt School. She wants to be a Police Officer.

D/O Jamuna Shee and Tapan Shee is a 12 yr old growing girl. Her father a drunkard married again and kicked her mother with 2 more sibling out. The mother took shelter on the platform. She has to work as a maid to feed her kids Madhumita left alone had been attacked twice by the local platform boys, vendors. She narrowly escaped being raped. We rescued the full family. Both the brother and she have been brought to the Bachpan Homes. Her mother now works as a full time maid along with the youngest child.

5 yr and 3 yr old are the kids of Mona and Mithu. Mona After years of brutal torture from her waster drug addict husband she could take it no more and decided to kill herself and her children she ran away from her locked bondage where he had kept her for 3 days without food. She came to us and we took heri n with her kids as there was no where and no one she had to approach for shelter. Payal has been admitted in Cl- I and Saheb is attending prep school in the center. Mona is helping with the work at the home.

D/O Biren Bal & Parul Bal is 10 yr old. Her father a rick puller married for the third time and drove his 1st wife that’s Parul with 2 daughter out of the village in Mednipur. Parul begged and some new managed to reachher brother house in Kolkata who himself is a cobbler. Not capable enough to find for his own family. He took ashed Parul to go with 2 growing daughters . parul was walking the stories, sick, lost and desperate. We found them and have brought shourna to bachpan Girls Home in Jan’13. Parul and Bidisha, the older daughter in house jobs.

Are the sons of Bhoja and Vijayati of Kanmari Sunderban Village. The two brother aged 8 years and 7 years have been subjected to the worst perils of poverty. Their father is a alchoholic and the mother is a ragpicker. The boys have never been to school or even had a proper set of clothes . Sick and tired the mother finally contacted us in a another gardener of ours. Now the boys are safe and we are trying hard to get them back to normal life.